(Read more about Sarabeth and how she landed her summer co-op with Honda here.)

So, you’re a UTA. How did you get into that?

Div: I was a part of the showcase my freshman year and we came first in that competition. That’s when I thought “oh, I really like this”. My freshman year I was set on by engineers - my dorm was literally full of engineers - and they used to come up to me and ask me questions about MAT lab because I was really good at it and I enjoyed MAT lab. I helped them a lot and I thought that maybe I should be a TA (teaching associate). There was one TA, Michael, who told me the department was hiring. I have always loved teaching and I like the content too. Teaching kind of runs in my family; my grandpa was a math teacher, my mom is a teacher. It’s been great.

What is the best part about being a UTA?

D: I think it’s definitely the connections I’ve made. So not just helping a student with MAT lab or solid works, but helping overall. In the past one and a half years, I’ve had students come up to me and not just tell me about classes but with questions about how to get into majors, how to deal with stress, stuff like that. Helping someone with that is really satisfying.

When I heard that somebody spoke highly of me, it was really nice. Sarabeth also went into the showcase because I pushed their team and it was really nice to know that there’s people out there who appreciate it.

She said she wanted to be a UTA because you were so helpful for her.

D: I try to have a relationship with most of my students so that if they have any problems they can come up to me, ask me about anything. Like right now, I have four or five students who are trying to get into BME (Biomedical Engineering) and they have my number so they can text me every other day asking me “Hey, how do we do this thing for gen chem” and they all know me from EED.

Why do you think UTAs are important?

D: Last year when I was a TA, all of my co-TAs were juniors and seniors, so I think people related to me more than they did to them. Having someone who’s an undergraduate like them, maybe in the same discipline or maybe in a similar discipline who can guide them through what I’ve already been through is really important. You know, I would never go up to my graduate TA and ask for help because I’d think “they’ve got so much on their plate”, but with an undergraduate TA I’d think “Hey, they went through this”. I have a connection where they feel they can relate to me.

How do you feel EED coursework helps you and the students you work with as engineers?

D: I actually talked about this with a group of people who were complaining about how much EED makes them do and they were pretty annoyed. I feel like the main thing EED does, even though the coursework is really difficult - it’s a two credit hour class and they make us do a lot of work, we’re doing ten to fifteen hours of work every week. People do complain about that but I feel like that’s what makes us understand college, especially if you’re a freshman and you see it’s a two credit hour course but it’s worth so much.

Everything out there is so new. I don’t think most of the students come in with any experience  with the labs so they don’t know what’s going on. They tend to go to office hours and seek out help. In high school if you’re doing math, it's the stuff you’ve seen before but with solid works, they’ve never seen that. Even if you want to learn, it’s difficult; but the approach is that we give them applications - so, let’s say they have to come to open lab, or they have to go to office hours to learn and seek out help, which is a very important part of college, I believe. Not just learning but realizing when to ask for help. That’s one thing EED brings out in you. Without help, I don’t think any of us would be where we are.

Has anybody influenced you as an engineer the way you influenced Sarabeth?

D: Yes! Actually there’s a lot of people. There was one TA my freshman year, Michael, he was a senior back then. He was so nice - all four TAs were nice - but he tried to connect with us and that’s what I learned from him. He didn’t just ask what we were struggling with, he asked us how we were doing or if we were alright. He asked about you and that felt really nice and that’s what made me think that I wanted to do that for people too. Towards the end of the semester he said “I’m graduating this semester but if you ever need help, you have my email, let me know”; just going one step out of his way. I feel like I’ve done that for my students. Last year I think I gave half the class my number so if they ever had any problems or if they were struggling, they could let me know. I feel like that’s very important.

What would you say to a rising engineering student?

D: The main thing I would say, especially if you’re a freshman, is just to believe in yourself but don’t be afraid of asking for help. Believe that you can do it. I know so many people who quit because they think it’s a weed-out class, they think the coursework is too much and they get out of it early. But just believe in yourself and make sure you ask for help if you need it.

Div is a Biomedical Engineering major in his third year at Ohio State. He currently has three jobs as a UTA (Undergraduate Teaching Associate) with EED, a grader for BME 2000 and a research assistant with Dr. Janssen. Div told us that teaching and explaining things to people is what he loves the most about being a UTA and grading for BME 2000. Being a research assistant allows him to learn more about the heart as he plans to become a Cardio-thoracic surgeon one day. 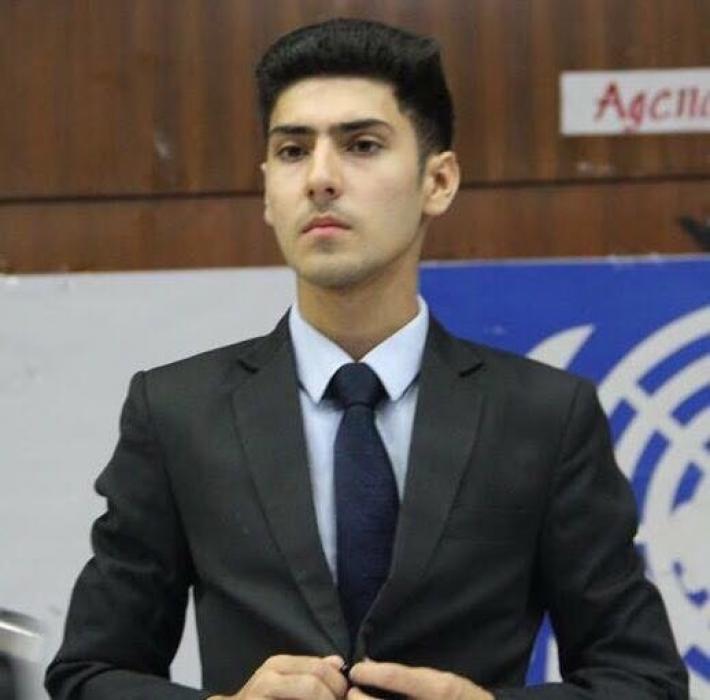