A project involving two members of the EED was one of four selected to receive funding via a grant from the Battelle Engineering, Technology and Human Affairs (BETHA) Endowment last month.

A collaborative effort of Dr. Rachel Kajfez, Abigail (Abby) Clark, and Dr. Karen Irving, the proposal aims to develop an evidence-based training program for Girl Scout leaders that will expose Girl Scouts to engineering at a young age. Women continue to be significantly underrepresented in engineering and the team hopes that by reaching this large, diverse group of young women, their work will provide the opportunity to help close the gender gap in the field. 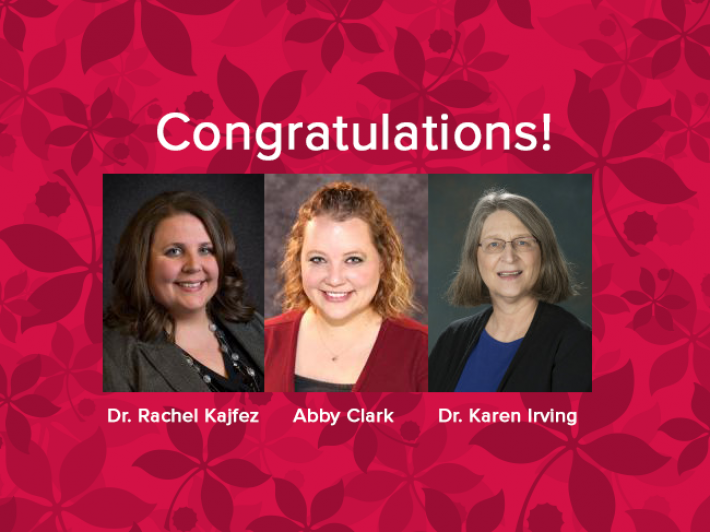 The project evolved from alignment between all three collaborators’ interests and experience. First, Dr. Kajfez is Abby’s faculty advisor and PI on “Collaborative Research: Understanding Engineering Pathways and Their Impact on Community and Identity” National Science Foundation project.

Additionally, both have been involved in Girl Scouts and earned their Gold Awards. Abby is a lifetime member of the organization and has continued her involvement into adulthood as a camp counselor and volunteer.

In 2017, as Abby was starting the Engineering Education PhD program with an interest in studying women’s representation in the engineering field, the Girl Scouts announced a new focus on STEM, rolling out new badges focused on engineering and programming. This announcement aligned with Abby’s research interests and Dr. Kajfez’s growing research on identity and involvement in K-12 engineering education, so they decided to work together to examine the impact of these programs on how middle school girls view themselves as possible future engineers.

These ideas were echoed in work Dr. Kajfez had been doing with Dr. Karen Irving from the College of Education and Human Ecology (EHE) focused on training elementary teachers to teach engineering in their classrooms, so Dr. Irving was asked to join the collaboration as a K-12 expert. Dr. Irving and Dr. Kajfez worked together previously on a three-year project that brought the “Engineering is Elementary” curriculum, developed out of the Boston Museum of Science, to underserved schools in central Ohio. Dr. Irving also has expertise in informal learning which will be extremely valuable to the project.

When applying for the BETHA grant, it was important to consider the real-world application of the information gained from the proposed research. Since most Girl Scout leaders are not engineers, the team’s goal became to use the information gained from research to develop resources for training the leaders (who are in a position to have the greatest, most direct impact on the target audience) to support young Girl Scouts in exploring engineering and, ultimately, helping to shape the girls’ visions of themselves as possible future engineers.

We look forward to following this project as it develops and contributes to the dialogue around who believes they can be an engineer and how to provide the right resources at the right times to support the development of young engineers. The team’s goal is research with direct, tangible, and beneficial impact. Looking ahead, they plan to begin collecting data during the 2010-2020 academic year, and then to develop the training following year.